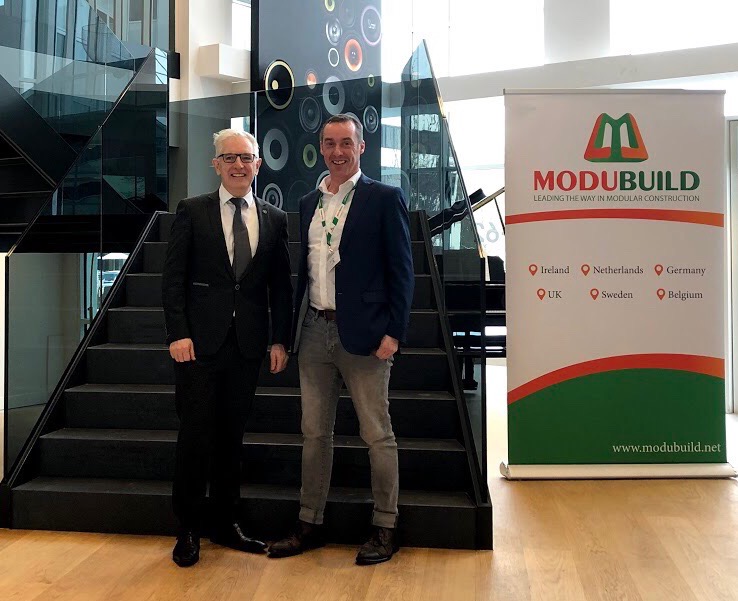 Modubuild have been very active in The Netherlands since 2015 having completed multiple projects for leading global technology companies in the country. The company plans to double its turnover in the Netherlands this year and will also use the Amsterdam office as local hub to support further expansion across the Benelux Region.

Welcoming the announcement Ireland’s Ambassador to Netherlands Mr. Kevin Kelly said “It is great to see Irish Companies such as Modubuild expanding in the Netherlands and beyond. By opening this regional office Modubuild are showing that they are fully committed to further growth in this market and beyond”

Richard Engelkes, Sr. Market Advisor Construction Products & Services, Logistic/SCM at Enterprise Ireland said “Modubuild opening an office here on Dutch ground is a natural next step for the company whose impact in the market has gone from strength to strength, highlighting the Irish Advantage through their world class service offering.“

Modubuild Managing Director Kevin Brennan said “We are so excited to have our new Amsterdam office up and running. We have been extremely successful in the Netherlands over the past few years and this move will further drive our ambitious business growth plans in this region.”

Modubuild is an Irish owned Specialist Modular Construction company whose head office is located in Kilkenny, Ireland. The company has also recently opened a 140,000 sq. ft 9-acre state of the art off-site Modular Building manufacturing facility in Castlecomer, Ireland following a multi million euro investment. The company is producing hi tech Modular
Buildings for Global Biopharmaceutical and Technology companies in the Castlecomer facility. The company has a large design, project management and engineering team working from their Kilkenny Headquarters.

Modubuild is undergoing a phase of rapid expansion across Europe having successfully completed multiple projects in countries such as Ireland, Netherlands, UK, Germany, Denmark, Sweden & Finland and they have plans enter further markets over the coming year.
#TeamModubuild #LeadingTheWay #IrishAdvantage 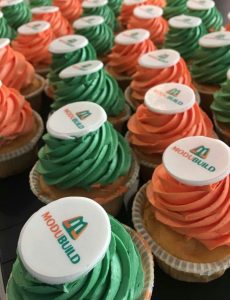 for registering to our newsletter